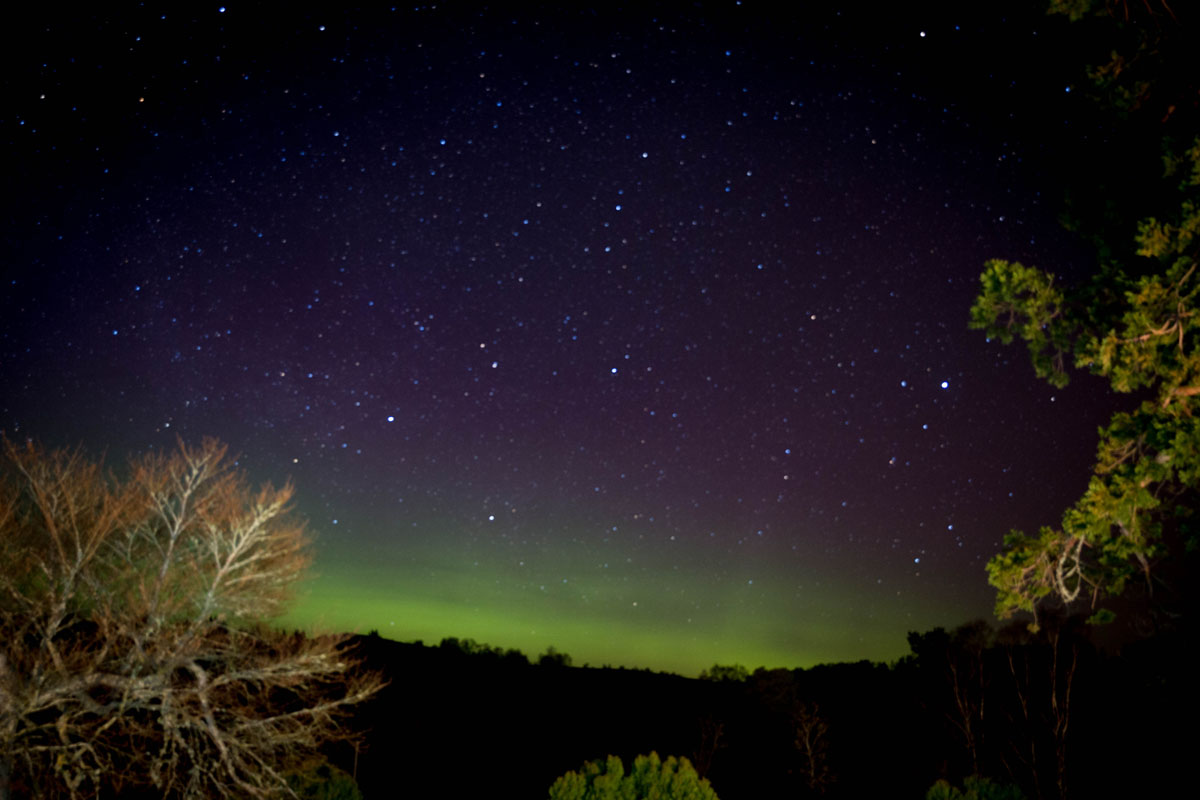 The Aurora Borealis came to Muckrach Country House Hotel last night; what a treat!  The Aurora is a beautiful natural phenomenon; a light show that is caused by collisions between electrically charged particles released from the sun that enter the earth’s atmosphere and collide with gases such as oxygen and nitrogen.  They have become a must see for many people, who seek them out in Scandinavia and the Artic Circle.

I have plans for Iceland later in the year to chase the Northern Lights, a bucket list item!  Alerts from AuroraWatch UK were on red last night predicting that they would be visible with the naked eye in many parts last night, I kept looking out of the window (the G&T earlier in the evening prevented me from driving anywhere) and noticed a star glistening with green.  I decided I couldn’t risk not trying to capture them if there was a chance they could be in the area.  I hurried to get my camera and tripod returning to my bedroom, setting it all up, googling the best settings to capture them and then waited!

A white glow across the hill in front of me began to appear, only a white light, that I may have passed off as moonlight normally, but the alerts I was getting from AuroraWatch UK prompted me to attempt to capture it.  The first few attempts were blurred and unfocused but I could see a free glow in the image, so I persevered and kept trying.  Low and behold there they were a green glow across the hill beyond the car park at the hotel.

I need to practice more, I need to get the sharp image that I see so frequently on Instagram, but for now I am so happy to have finally seen them for myself and attempted to take the photograph.  The practice requirements can justify the trip to Iceland of course!!! 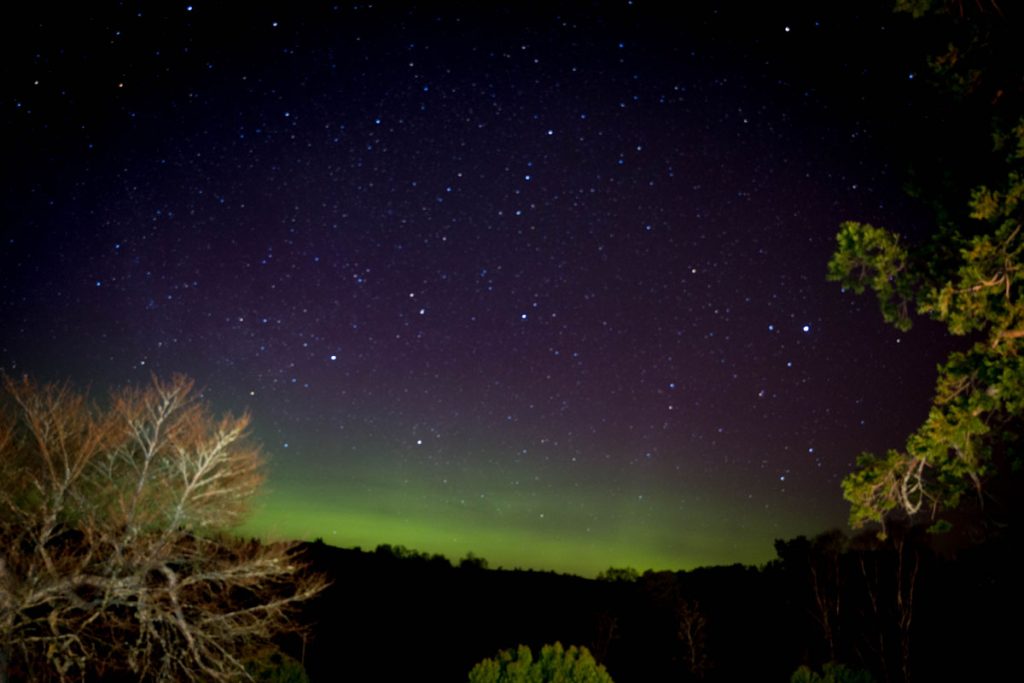 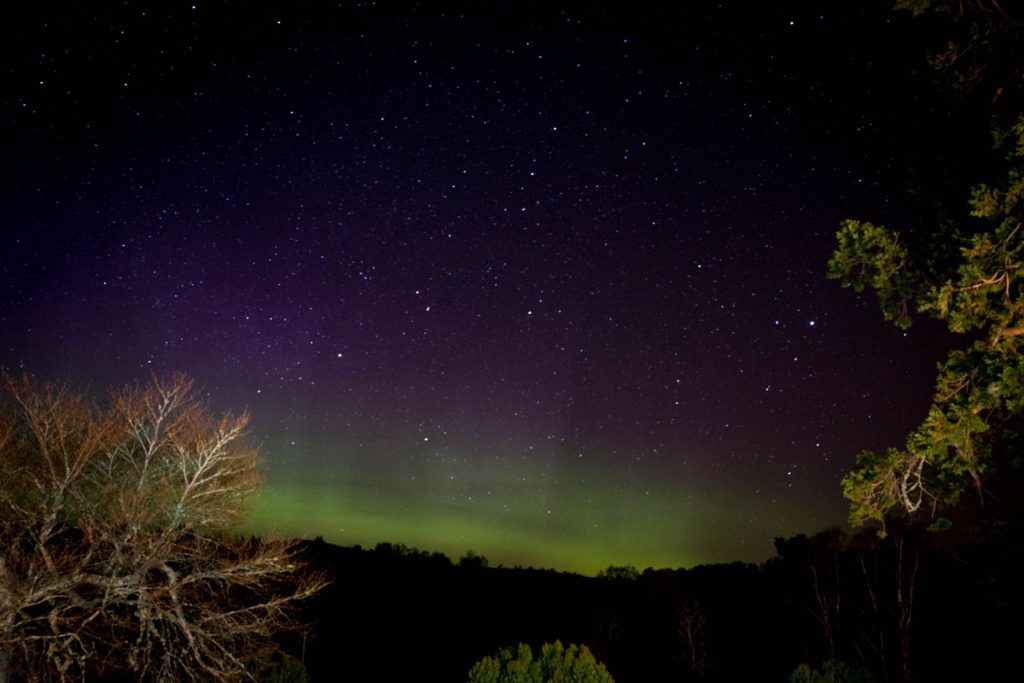