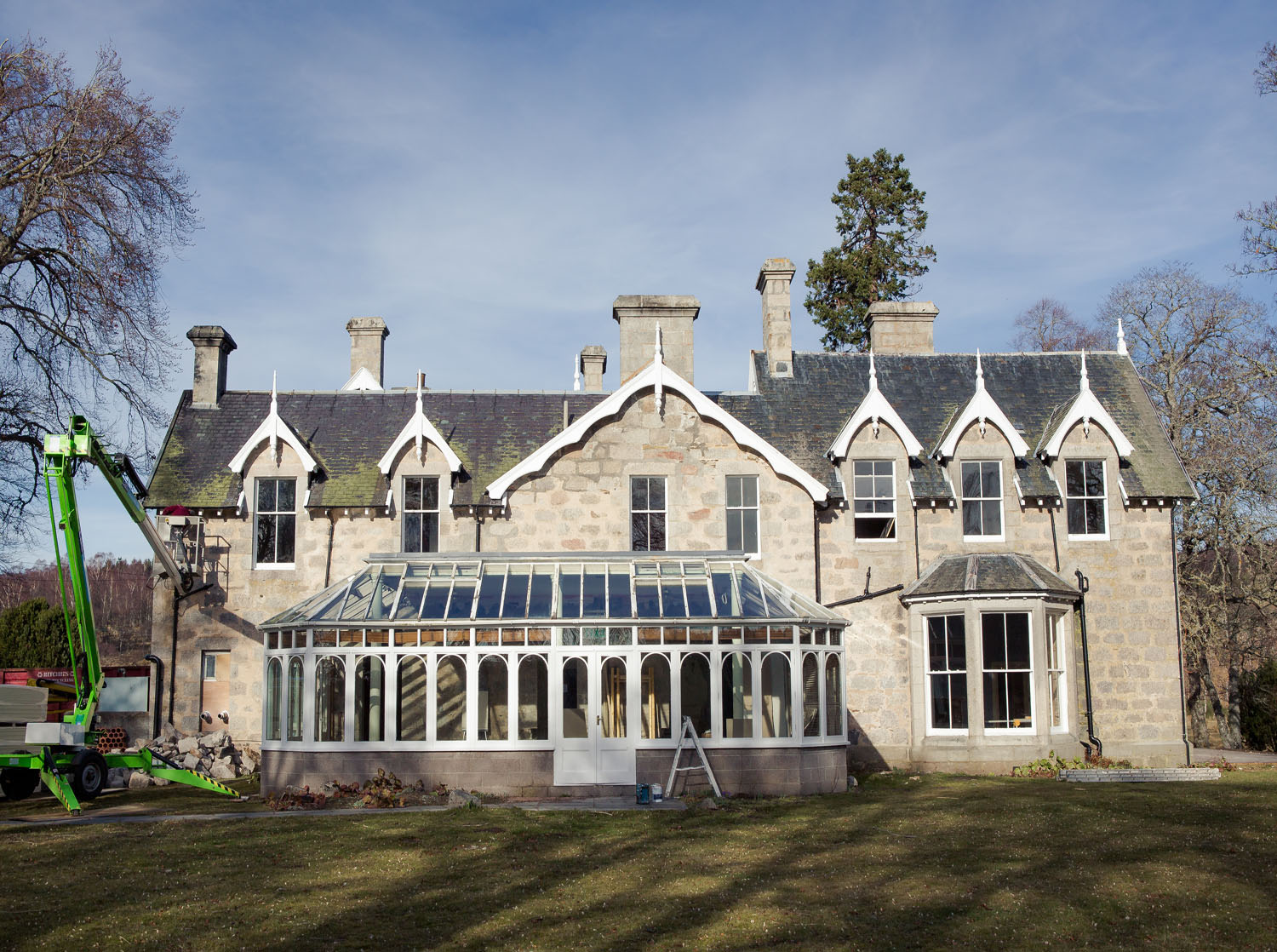 Currently being renovated - the coffee shop

As the work continues, it’s hard to imagine how it will become 5 star luxury accommodation! There is no doubt aspirations will become reality within the 12 month schedule, in the meantime skips continue to be filled with rubble, diggers work on the landscape and hidden gems are discovered within the building!

Brothers, Phil and Ed became the proud owners of the country house hotel in the Highlands of Scotland on the 20th January 2014.  The hotel renovation commenced within minutes of becoming the owners and there is has since been a team in the Highlands beginning with the internal re-structuring and general tidy up of the property right the way through to building of an extension and plaster-boarding throughout.

Architects, planners, fire safety experts, carpenters, window experts, interior designers, landscapers and many more are involved in the project.  Internal stud walls have been taken down, to take the building back to its original Victorian splendour, enjoying grand entrances, opening up piano lounges and re-introducing the grandeur of bedroom suites.  Plaster was removed and the walls taken back to the brick, in so doing fireplaces were discovered behind walls, one in particular in the hallway, much to everyone’s excitement; one step closer to creating the warm Highland welcome! Rooms were re-shaped, to ensure that light pours in through the large windows and views are enjoyed from the inside.  Removing walls that blocked windows and changing the layout of every room has enhanced the experience to be enjoyed within every room.  The building team are working to plan, within the timescales, to date!

The plumber has re-plumbed the piping throughout and has now begun to install showers and baths in the en-suites.  Some bathrooms have a double-shower, some large baths and the bigger suites will have both.  One bedroom will have the bath in the bedroom, for an extra special bathing experience.  The electrician has completed a full re-wire to enable ambient lighting and contemporary entertainment systems in the bedrooms.

The extension is well underway, preparing for an extra bedroom and the kitchen.  The kitchen will service the Coffee Shop, which will offer freshly prepared food from breakfast through to twilight meals.  Our award-winning Coffee Shops in Cheshire will be replicated at Muckrach.

New windows throughout, new double insulation and wall boarding is now complete and the chimneys have been swept, it couldn’t get any cosier in the winter months inside this Victorian granite building.  Now, planning is in progress for under-floor heating throughout is in progress, so it can only get cosier!

The tradesmen are sourced locally working with our own building team to bring the specialities of The Hollies and the Highland expertise together.

Externally, the driveway is also being worked on.  Broken fencing and barbed wire have been removed, opening up the landscape revealing the splendour of horse chestnut trees and a beautiful stream flowing down the hill to the river Dulnain opposite the hotel.