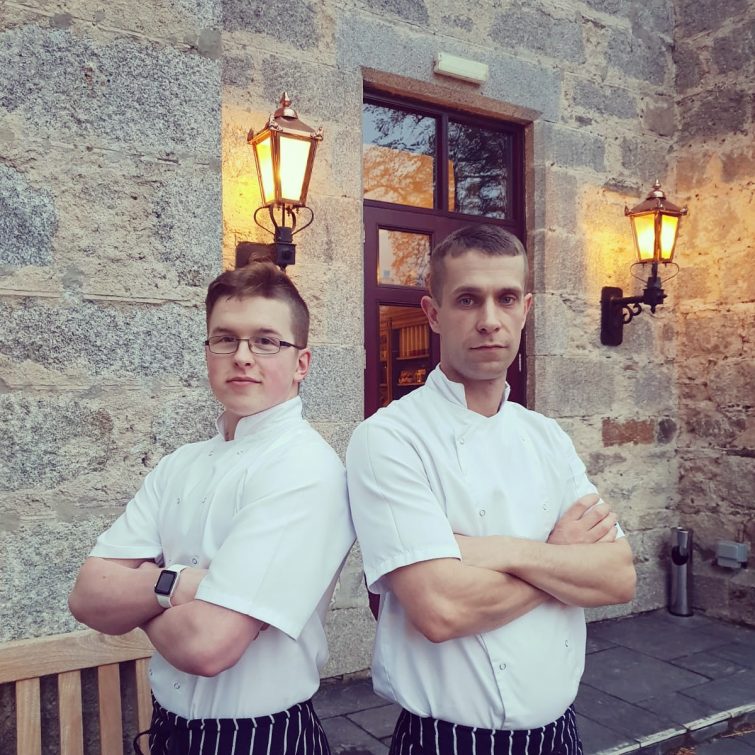 Head Chef Peter and Robbie will both be getting involved in this oaty cook-off.

Peter will be one of 3 judges on the panel and our young apprentice Robbie will be competing in the junior stages of the competition.

Look out for Peter & Robbie cooking up some oat-alicious goodness. 😍

Robbie will be delivering cinnamon porridge doughnuts with a oloroso sherry cask whisky panna cotta finished with Cairngorm blueberries. As well as a traditional porridge to a group of austere oat-loving judges.